Kanye West’s music video for “Famous” has sparked outrage for portraying naked celebrities in bed, in the form of life-like wax figures. It is not simply the nudity, but the individuals portrayed, which has led to criticism; Rihanna is seen lying next to former boyfriend and abuser, Chris Brown, alleged serial rapist Bill Cosby is featured, as well as Taylor Swift, Anna Wintour and Amber Rose. Subsequent to the release of the video, Kanye tweeted, “Can somebody sue me already #I’llwait” but later deleted it.
While Kanye waits, this Kat contemplates on whether publicity rights can help those featured (this Kat thinks specifically of Taylor Swift who, lying next to Kanye in the video, is also mentioned in the song lyrics, ““I feel like me and Taylor might still have sex. Why? I made that b**ch famous.”). It is an unusual issue, as publicity rights are usually invoked by celebrities against companies who use them in unauthorised advertising and merchandising, rather than their celebrity peers. Also, there have been few cases which have been brought to protect moral rather than economic interests. An exception is Waits v Frito Lay, 978 F. 2d 1093 (9thCir. 1992). In this case, Tom Waits sued Frito Lay for imitating his distinctive voice in an advertisement. Waits had publicly denounced using artistic talent for commercials. The 9th circuit court in California found that the right of publicity was not limited to economic harm, and instructed the jury to consider damages for mental distress.
Since it is possible to claim for damage to non-economic interests, the main challenge potential claimants will have is whether the use of their likeness is ‘commercial’ or ‘expressive’. For the purposes of this post, the California publicity right is analysed because many of the individuals portrayed are domiciled there, and the video premiered and was likely created there.
Is the use ‘commercial’?
To succeed under the statutory publicity right under s.3344(a) of the California Civil Code, use has to be “for purposes of advertising or selling, or soliciting purchases of, products, merchandise, goods or services without such a person’s prior consent…”. Uses which do not require consent include “news, public affairs, or sports broadcast or account, or any political campaign” (s.3344(d) California Civil Code). Since the music video does fit squarely in any of the aforementioned uses, s.3344(3)(e) needs to be considered as it sheds light on when use will be commercial:
“The use of a name, voice, signature, photograph, or likeness in a commercial medium shall not constitute a use for which consent is required under subdivision (a) solely because the material containing such use is commercially sponsored or contains paid advertising.  Rather it shall be a question of fact whether or not the use of the person’s name, voice, signature, photograph, or likeness was so directly connected with the commercial sponsorship or with the paid advertising as to constitute a use for which consent is required under subdivision (a)”
A potential argument for proving commercial use is that the release of the video exclusively on the ‘Tidal’ platform, which requires users to pay for content access, functions as a type of advertisement. However, unless Kanye has shares in Tidal, this might not fulfil the criteria that the use be “directly connected with commercial sponsorship” under s.3344(3)(e). Alternatively, it could be argued that music videos are created to encourage people to buy the song, and in this way they act as an advertisement. This argument is more likely to meet the ‘direct connection criteria’, but it is still not a solid foundation for litigation, particularly considering the First Amendment Defence. 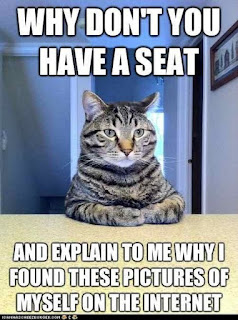 The First Amendment Defence
The First Amendment protects expressive uses of celebrity persona against publicity claims.  In California, the ‘transformative use’ test, as developed in Comedy III Productions v Saderup Inc., 25 Cal. 4th 387 (Cal. 2001) is used to determine whether a work should be protected by the First Amendment. The test considers [47] “whether a product containing a celebrity’s likeness is so transformed that it has become primarily the defendant’s own expression rather than the celebrity’s likeness”. The court also noted that [30] “having recognized the high degree of First Amendment protection for noncommercial speech about celebrities, we need not conclude that all expression that trenches on the right of publicity receives such protection…[33] depictions of celebrities amounting to little more than the appropriation of the celebrity’s economic value are not protected expression under the First Amendment.”
This test was applied in Keller v Electronic Arts Inc., F.3d 1268 (9th Cir. 2013) where the court found that the portrayal of a footballer in a video game did not transform the plaintiff’s identity. Considering the aforementioned outcome, it is apparent that Kanye’s video has not transformed the likenesses used. However, claimants may still find it difficult to prove that the use was commercial. Kanye did not use the celebrities because of their commercial value, rather, the use was for the shock factor that could be created because of their personal histories. Each person portrayed was either significant because of her relationship with Kanye or because he/she had appeared in the news, such as Caitlyn Jenner, former US president George Bush, and presumptive Republican presidential nominee, Donald Trump.
Since the music video itself is not for sale, and is arguably an expressive work, this case walks a thin line between a publicity rights violation and First Amendment protection. This Kat suspects it runs too close to the First Amendment to have a favourable outcome for those featured.